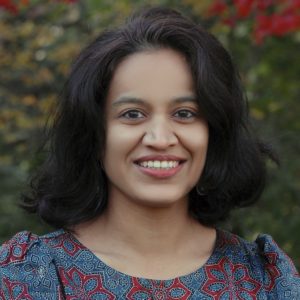 Chitrangada Choudhury is an independent multimedia journalist, and currently, a Knight-Wallace Journalism Fellow at the University of Michigan, Ann Arbor. At the University of Michigan, she is studying the issue of free, prior, informed consent and ecological justice. Previously, she worked at The Indian Express, The Hindustan Times and the Guardian US and has written for Columbia Journalism Review, The Caravan, Economic & Political Weekly, The Hindu and Mint. Her coverage of India has probed power and marginality, and has been named for multiple national and international reporting awards including the Sanksriti Award and the Lorenzo Natali Journalism Prize. Chitrangada has an undergraduate degree in history from St.Stephen’s College, Delhi University, and a masters degree in journalism and international affairs from Columbia University.